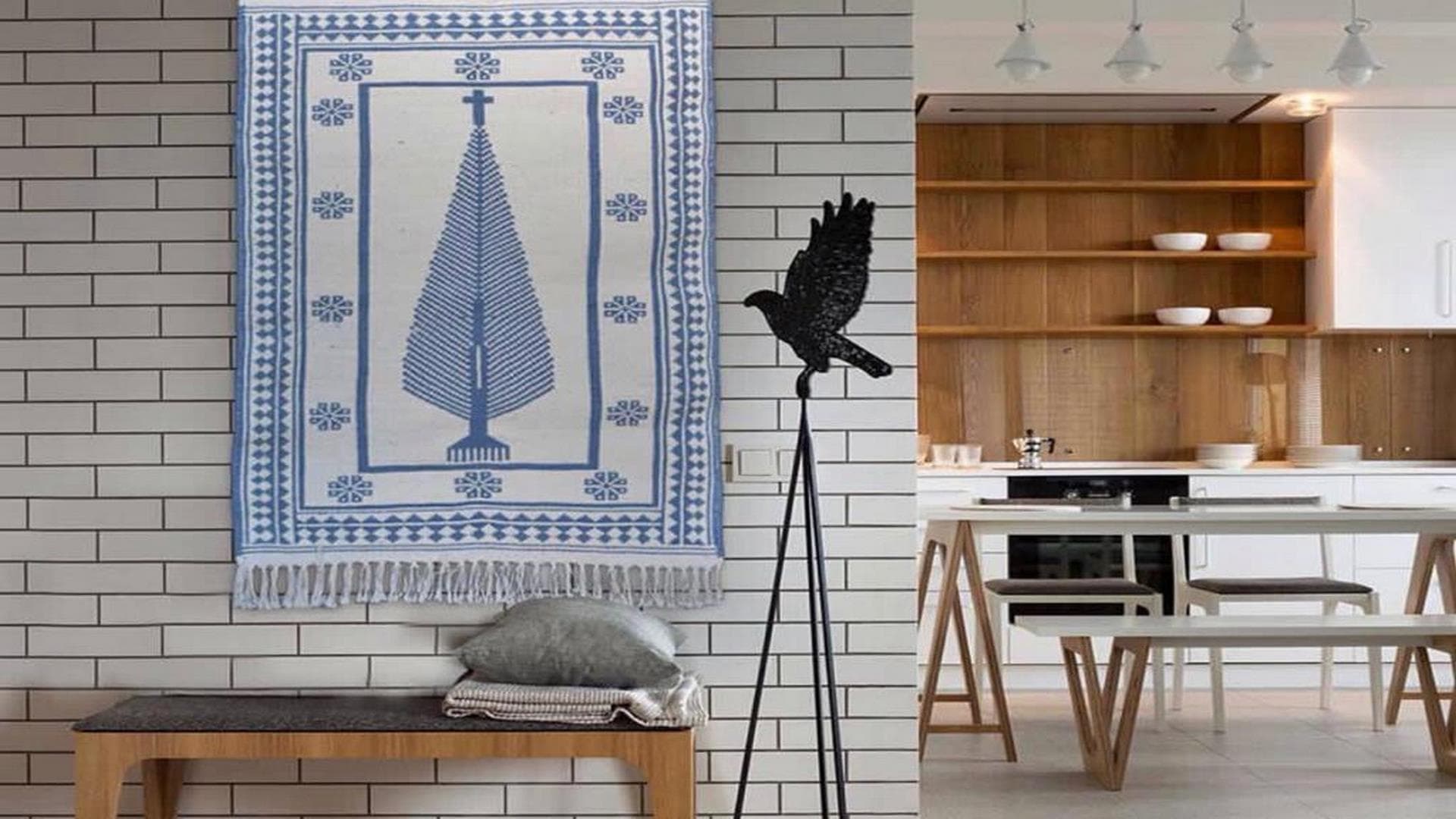 Textile manufacturing is one of the native Iranian arts and has a millennia-long history, ranging from Pazirak, the renowned Achaemenid rugs, to exquisite Sassanid woven fabrics or Seljuk woven fabrics, and to the exquisite Safavid era fabrics and carpets that flourished during the Safavid era. All of which represent the precious and long-lived history of this art in Iranian life.

Yazd province has always been one of the most important textile manufacturing centers in Iran and besides its unique and graceful art and architecture, it is also famous for weaving various types of textile, such as carpet weaving, lacework, embroidery, shawl weaving, cashmere, velvet, and especially Zilou weaving. Persian Zilou is a simple, durable, cool, and hygienic floor covering. It is mainly made of cotton, very simple and classy. It has limited color diversity and the patterns woven on it are simple geometric shapes. Zilou motifs have deep roots in people’s culture. This simplicity and sincerity matches the architecture and the spirit of the people in this area.

Making Zilou has been a popular art among Iranians and it seems that it has a long history in Iranian art and culture. The reason Iran has become the cradle of the most stunning and valuable carpet weaving in the world has been the subject of much debate; no matter what the reason, these works demonstrate Iranians’ enthusiasm to make their living environment as beautiful as possible. They were looking for this beauty by creating variety.

Zilou is also one of these precious arts, which demonstrates the precise and delicate way that Iranians look at things. It is not possible to determine accurately where this art first came from in Greater Iran, because there is no exact history and no written sources with the information to examine the historical background of this carpet. There is no explicit reference to Zilou in existing historical sources, and only where there is a name for a building, especially a mosque, is there a description of the location and of the assets including and among them maybe Zilou. Even such text contains little information about Zilou after Islam and none about the features of this art before Islam.

Although the Zilou made in Yazd has an undeniable identity based on the inscriptions and every mosque and religious place throughout Iran has a mark of it, it is a pity that today, after so many centuries, even in its cities of origin, Meybod and Ardakan (cities in the Province of Yazd), this art remains obsolete and is being wiped out from among carpet weavers. Meybod is one of the important centers of Zilou production and has undoubtedly contributed to the development and prosperity of this kind of carpet. Almost all the existing masterpieces of Zilou art come from this city. Unfortunately in spite of the beauties and the prominence of this kind of carpet, there is no proper research on this art, while Zilou making art has a large research capacity in many aspects.

Zilou is a durable floor covering very suitable for desert area. It is one of the oldest handicrafts of Yazd city which dates back to centuries before Islam. In his travelogue, Naserkhosro, the famous Iranian poet, mentions the existence of about 500 workshops of Zilou making only in the city of Toon which is in East Iran. In Hodud-al-Alam (the first Persian book of geography) Persian Zilou is recorded as one of the most important floor coverings in mosques in Iran four centuries after the rise of Islam. This carpet which is made of cotton threads, although very simple in appearance, yet enjoys complicated technics which reflect the rich culture and thought of the people making it. This carpet is similar to straw mats in the way it is woven and the motifs used to decorate it. The word Xylography, meaning engraving on wood in English, has roots in the word Zilou.

Zilou is categorized based on its functions, sizes, and colors. This carpet is usually woven in various sizes of 2*3 and 3*4. Of course there are the ones woven in larger sizes of 5*6 or even 10 available as well but very rarely. Zilous, especially in bigger sizes, were mostly used in mosques and smaller sizes were used in houses. Persian Zilou for mosques and shrines were usually woven in white and blue colors in order to be in graceful harmony with the tile work in holy places. Those woven in blue and red were called Johari Zilou and had lower quality. The highest quality Zilou was called Naftal which was woven in green and orange and mostly used inside the houses. This choice of colors was in harmony with Persian carpets which were usually woven in deep red colors. Even though only two main colors have always been used to make Zilou, still the final product is always elegant and attractive. Sometimes various patterns and motifs were also added, such as verses from Quran or geometric shapes and these added to the beauty of Zilou. To keep the variety of designs for Zilou texture, the chand-dari mapping device was replaced by more advanced Zilou design making devices. Over time Zilou weavers preferred simpler and more prominent designs such as triangular, knot map, Gachkeneh, Pileh, Patte Toure and Zenjlu.

A Brief History of Zilou

In Dehkhoda Persian dictionary, Zilou is defined as “Palas or Kilim which is also called Shatranji (checkered pattern)”. Palas is defined as: “Similar to Pashmina but used as floor covering similar to jajim, similar to canvas woven out of a special tree bark.”   Zilou is one of the oldest handicrafts made in Meybod, a city 50 km away from Yazd. It might be that making Zilous was popular among Arabs as well, before the rise of Islam. Other cities where Zilou making is popular are: Jahrom, Sistan, Kashan, Isfahan, and Mashhad. A place called Bashnighan in Meybod city is said to have been the true origin of Zilou.

This beautiful handmade floor covering is special to regions close to desert. The patterns woven on Zilou are inspired by people’s culture and religious beliefs and also are influenced by the type of architecture and nature that they are surrounded with.

To write about the history of Zilou making and how it developed is not an easy task. Some scholars have tracked the origin of Zilou back to the eighth century after Islam, during Mozafariyan dynasty, and to the city of Meybod and some believe it to be younger than that. In his travelogue, when describing the city of Toon (Now Ferdows), Naserkhosro writes: “it is suggested that there are four hundred workshops in this city weaving Zilou …” Most probably this travelogue is the oldest document which has recorded the word Zilou. It might be that because there was an independent trade road between Meybod and Khorasan, the art of Zilou making was transferred to Khorasan as well through this road.

One of the oldest and most precious Zilous in Meybod dates back to 12 centuries after Islam, the pattern woven on it is the image of 24 praying mats. Colors used in this Zilou are in beautiful harmony with each other. Zilou is very much similar to wicker rug both in patterns and in method of weaving and it is actually the more developed form of a wicker rug. The reason the floors, in most mosques and shrines in Iran, are covered by Zilou is because of the simplicity and the purity it represents which is special to the house of God; also the blue colored Zilou brings about peace and tranquility.