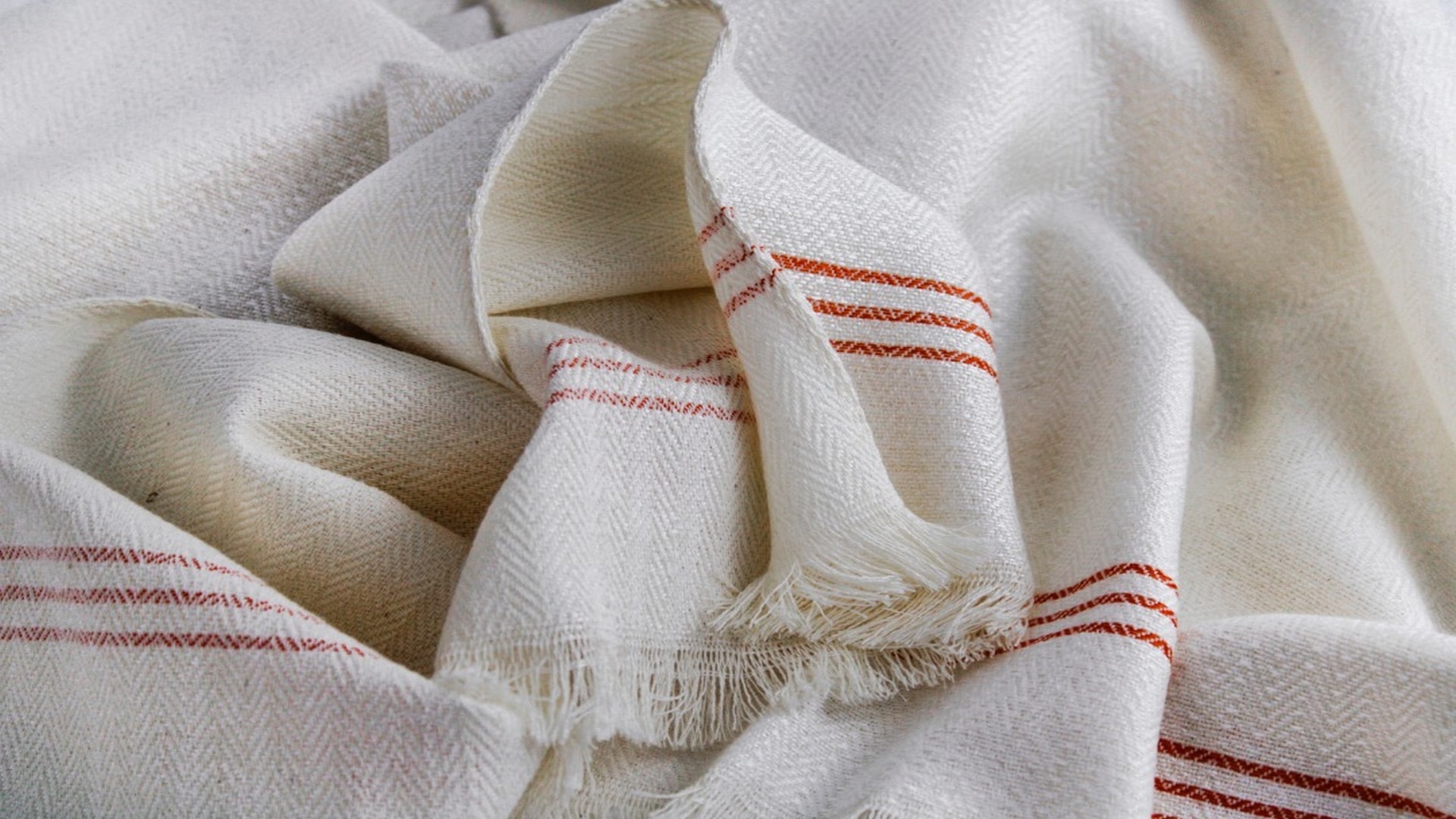 The field of weaving towels that is locally known as weaving Handmade towels (Tobafi) is one of the oldest handicrafts in South Khorasan. According to historical documents, the popularity of hand-made cotton and silk fabrics made in the province of Old Ghahestan in the early Islamic centuries is widely cited.

Various products of weaving towels include: hand and face towels and bath towels, toiletries, filter, napkins, tents, head scarves, lanterns and more. Towel production is already popular in many cities of South Khorasan and Birjand. One of the main towel production centers in the province, especially the village of Khorashad.

Kharashad is located 2 kilometers from Birjand, the capital of the province and the population of the village was announced 750 people. According to the World Council of Crafts, the village of Kharashad was registered as weaving towels (Tobafi) World Village after the investigation.

The first spark of Tobafi art revives in the mind of a struggling lady from the village. Fatima Zakirian is the first to sympathize with the introduction of Tobafi art in Kharashad. It starts with a bankrupt company, the days when there were droughts in the countryside and most men went from town to town to make money. From there, she decides to change the future of the bankrupt cooperative company of Kharashad with the hands of its female artist.

She traps herself in the cavernous warehouses and lifts the shoulder blades out of the ground. As a result, is the first to be built in Khurashad. In two years, he was able to employ forty-two women in Kharashad. In the year 2015 he won the title of top Entrepreneur in Iran. Making money for the women who started towel weaving made them happy, and now every house in Kharashad has become a towel weaving workshop. The women of the towel weaving industry in Kharashad have gone beyond towel manufacturing to diversify their products to different markets.

Now, all the women in the village of Kharashad make money by weaving towels and handkerchiefs, completely cotton and very beautiful. Hoping that the registration of the village by the World Crafts Organization will help them become more aware of the village’s 300-year-old art in the future.